After many rumors, Poco finally announced the X3 Pro as the spiritual successor of the Poco F1, being a great option for those looking for an affordable top-of-the-line model. Yes, the brand also presented the Poco F3, which in theory would be the direct successor of this family, but this one came a little more expensive and it is basically a renamed version of the Redmi K40.

Launched for 250 euros in the European market, the time has come to take a closer look at what the Poco X3 Pro has to offer, as always, in partnership with our HD Blog brothers. And stick to the one that will soon have video with the Poco F3 too, so it’s good to sign up so you don’t miss out.

As expected, we have some cuts so that Xiaomi can deliver a product with such complete specifications for 250 euros, and the first of them in the finish.

The Poco X3 Pro has basically the same body as the Poco X3 NFC, which we have already reviewed here on TudoCelular.com, so if you already knew the device there will be no major changes here. The structure is made of plastic, including the rear, and we have a thick and heavy appliance for the standards of the category, with the same dimensions and weight of the middle of 2020.

The front part has good use of the screen, with only the bottom edge being a little bigger and a centralized hole for the selfie camera. At the rear are four cameras and an LED flash arranged in X in a large centralized block.

The fingerprint reader also follows on the right side next to the power button, making the presence of the new Metal Bronze color option as a great novelty.

As well as the design, we have the same display and sound set here, with a 6.67-inch Full HD + IPS LCD panel at a rate of 120 Hz for more fluid games. The difference is that in this case we actually have hardware to run games in this fluidity, but we’ll talk more about that in a moment.

If the panel itself has not changed, at least the glass covering the screen is better, moving from Gorilla Glass 5 to the sixth generation.

This means that, despite the extra resistance, the Poco X3 Pro lags behind intermediaries such as Xiaomi’s own Redmi Note 10 Pro or Samsung’s Galaxy A52 5G, which bring AMOLED panel with better brightness, color reproduction and contrast indices.

As said, the sound system is also the same, with quality stereo sound and a P2 port for headphones.

The big change of the Poco X3 Pro in relation to the X3 NFC is its hardware, being delivered here a powerful Snapdragon 860, which is nothing more than a revised version of the Snapdragon 855 Plus.

We don’t perform as well as Poco F3 itself with its Snapdragon 870 or current flagships with Snapdragon 888, but by far a more interesting performance than most middlemen launched in recent years, lagging behind only those with really powerful chips like the new- launched Snapdragon 780G present in the Mi 11 Lite 5G.

On the software side, we have Android 11 under MIUI 12, which has nothing new in relation to what we have seen in dozens of other models of the company. it is an interface that lacks optimization especially in the multitasking part, but that pleases many people for the possibilities of personalization.

In cameras we probably have the most curious point, since the Poco X3 Pro has a main sensor even lower than what we have in the X3 NFC, dropping from 64 megapixels to 48 megapixels.

The sensor with ultra-wide-angle lenses has also been revised, dropping from 13 megapixels to 8 megapixels, with only macro cameras, depth data and selfies being maintained.

As expected, the quality was good, but nothing exceptional. More tests are still needed, but in general what you see are pictures with colors right in a favorable environment and good level of details, without such a wide variation between the main camera and the ultrawide.

The selfies camera follows what we have already seen on the Poco X3 NFC, with balanced HDR and good reproduction of the details and colors of skin and clothing.

The 5,160 mAh battery has been maintained, and with the most powerful hardware in it, it’s no surprise that the autonomy has decreased. Still enough for a whole day of moderate use without any major problems, and it still recharges very quickly, but we will still need to bring the device to our benches to see how it performs in our official battery test. 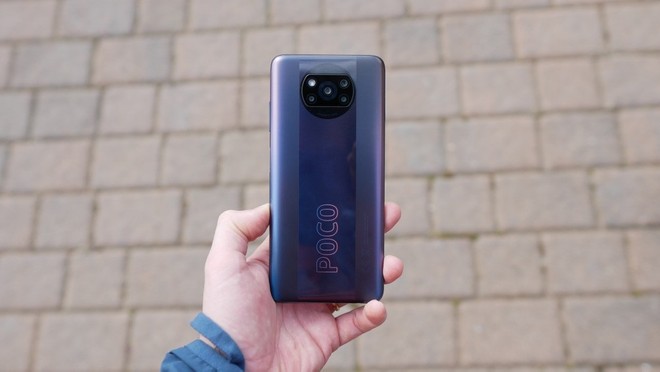 The Poco X3 Pro follows a recipe that we saw earlier with ASUS, which launched Zenfone 5 and 5Z with the same body and several specifications, but exchanging the chip and some other specific points.

This allowed Xiaomi to greatly reduce the final price of the device, making the Poco X3 Pro the cheapest model with Snapdragon 860 on the market. T, for now it is the only one, but considering what we saw in rivals with the Snapdragon 870 we should not have any competitor in the same price range.

As always, we have some cut-off points for this price of just 250 euros, but in general there is nothing that removes the title of the best option from the device for those looking for good performance above all, still having reasonable battery, good 120Hz screen and stereo sound , mainly sinning in the cameras and in the absence of an AMOLED panel.

But what about you, what did you think of the Poco X3 Pro? Do you think the device can take on the mantle of Brazilians’ new darling? Don’t forget to comment below!

The Poco X3 Pro is not yet available in Brazilian stores. To be notified when he arrives.

PREV Video shows moment when BRT and bus hit each other on the PE-15, in Olinda | State of Pernambuco
NEXT Upon arriving at Vila, Kelvin recalls an unusual story in revelation tea; watch the video | new village