The Lenovo Legion 2 Pro has received more information about its specifications. The brand’s future gamer phone is expected to come with a 6.92 inch screen and 144 Hz refresh rate – for more fluid images.

In addition, the mobile platform which is expected to equip the smartphone is the Snapdragon 888, Qualcomm’s current top of the line and with support for 5G. The information was confirmed by Lenovo itself. Check out the images below:

The chipset will have a cooling system by two fans – the first time on a gamer device – the expectation is that the device intended for games will be the most refrigerated in the segment.

Another detail is that the model appeared in the Master Lu benchmark. Thus, the available memory configuration appeared, the Lenovo Legion 2 Pro should have an option of 16 GB of RAM and 512 GB of storage. 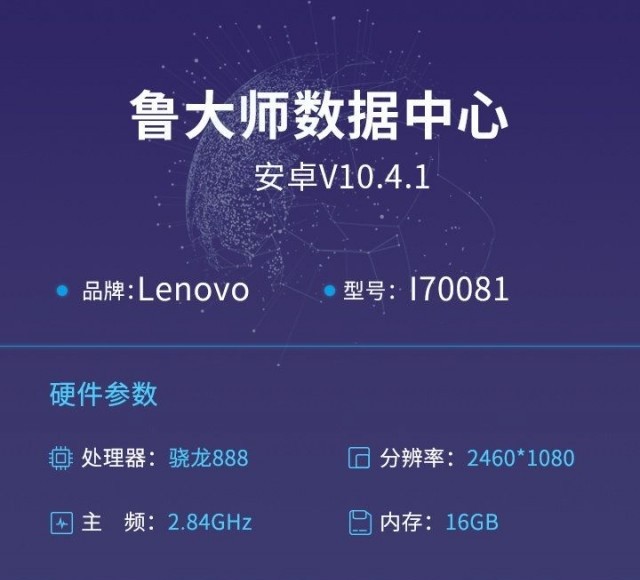 Lenovo’s new gamer smartphone is scheduled to be unveiled next Thursday, April 8.

What do you expect from the brand new gaming phone? Give us your opinion in the space below.

The Legion 2 Pro, Lenovo’s next cell phone that focuses on the gamer audience, has just been given another teaser – this time, the Chinese owner of Motorola published in her Weibo profile an art that reveals the release date of the laptop.

Unfortunately, the image does not give us many details about the device, however, it makes it very clear that it will be made official on April 8 (at least, in China). 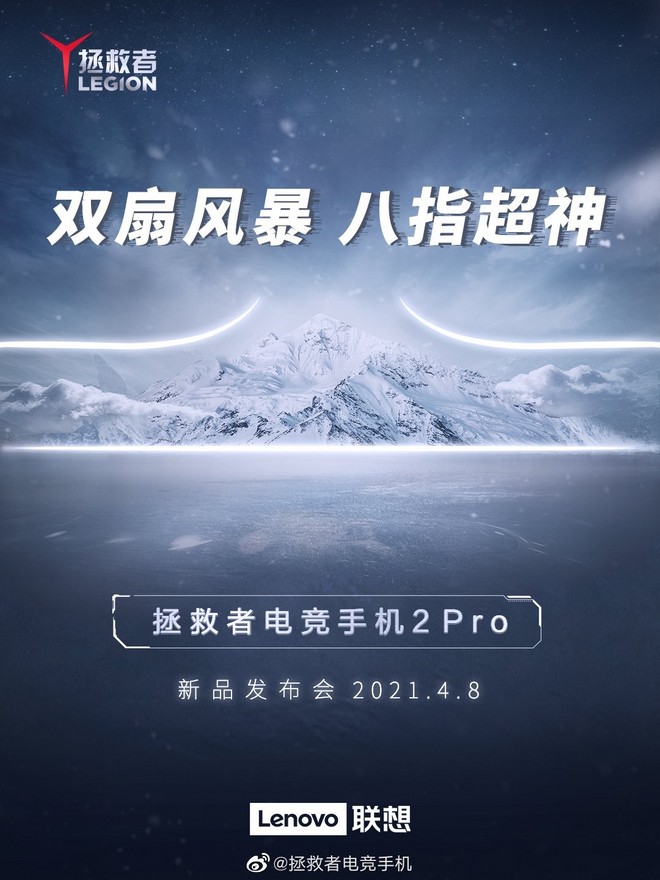 Although the publication did not leak any more information, thanks to previous certifications we already know a lot about the Legion 2 Pro, for example, the fact that it must bring a 65W charger and that it will keep the two USB-C ports for charging up to 110W.

The model should debut with Snapdragon 888 and bring up to 16 GB of RAM, with Android 11 pre-installed at the factory and a dual fan system for cooling.

As in the previous one, this new phone should continue to focus on the experience of using it horizontally, with the pop-up selfies camera on the side and also maintaining the OLED screen (we just don’t know yet if the panel will be 144 Hz or more).

After revealing that it is really preparing to announce the successor to the Legion Phone Duel, Lenovo has returned to using its social networks to confirm new details of the device. The first big highlight is that the general manager of the brand has published that the name of the smartphone will be “Lenovo Legion 2 Pro”.

In addition, a teaser released by the manufacturer itself offers the first details of the cell phone’s cooling system. The image makes it very clear that we are talking about a “system of turbo cooling with adjustable double fan“.

The Chinese text still says “a new storm has appeared, you can crush everything”. See below that the image mainly highlights the two fans: 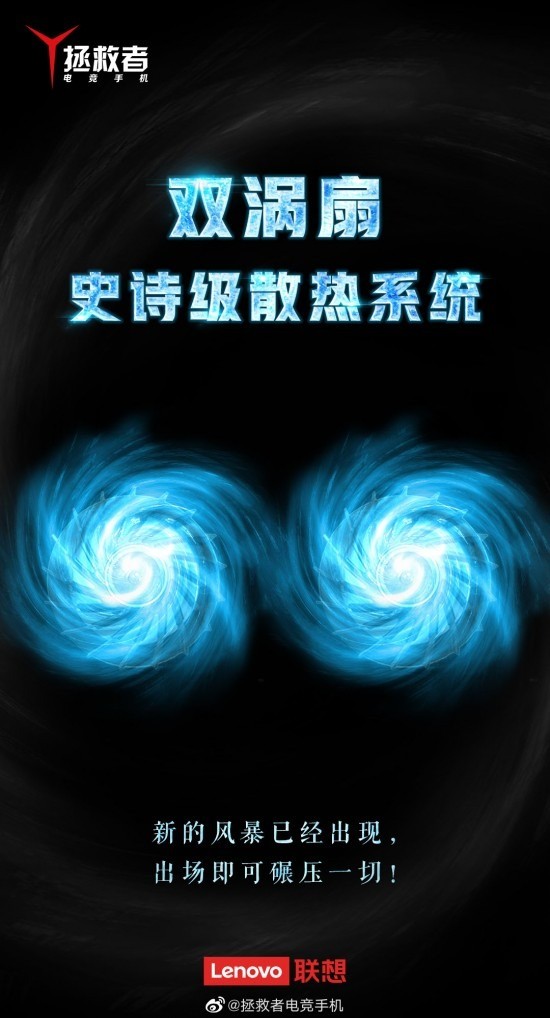 For now, despite promising to launch “in the spring”, Lenovo has not yet confirmed an exact date for the presentation of the Legion 2 Pro. Anyway, we know that this model should have an AMOLED screen that has a refresh rate of 144 Hz.

In addition, we should also expect presence of the Snapdragon 888 processor, 16 GB of LPDDR5 RAM, 5,000 mAh battery and fast charging at around 45W.

After using Motorola’s structure to launch the Legion Phone Duel in Brazil, Lenovo is already preparing to bet on the successor of the device. The novelty was confirmed by the Chinese manufacturer through its official profile on the social network Weibo.

According to Lenovo’s own teaser, cooling will be the biggest focus of the next phone. That’s because the image features ice cubes and features the stylized logo of the Legion line.

Shortly thereafter, Chen Jin, general manager of the manufacturer, said that the device will be full of features and “will not give up anything to achieve the best gaming experience”. In addition, the executive confirmed that the launch will be during the spring northern hemisphere – between March and June.

For now, these are just the first details of Lenovo’s next gamer smartphone. That’s because the season of rumors and leaks is officially open and new information may be published over the next few days.

Anyway, as we are talking about a high-end gamer phone, we should expect the Legion Duel 2 have Snapdragon 888 processor and have up to 16 GB of RAM. Another important detail is the presence of the AMOLED screen with an update rate of up to 144 Hz.

Finally, the battery should reach around 5,000 mAh, while the operating system is possibly Android 11. It is worth remembering that the Lenovo Legion Phone Duel can already be purchased in Brazilian retail. If you want to see more details of the device and the official price, check out our hands-on.