Huawei P50: new renderings of the more details about the look of the device

The look of the new Huawei P50 has not yet been officially confirmed by the manufacturer, but we have already had several leaks and renderings that give us an idea of ​​what it will look like.

Now new 3D images made by artist Waqar Khan may have been the closest demonstration of what will actually hit the market.

The device appears to have a very similar look to the Huawei P50 Pro, which has also leaked in renderings.

The main sensor on at least two of the P50 models (probably the Pro and Pro +) must be with the Sony IMX800, the first 1-inch sensor developed for smartphones. In addition, we will also have the successor of the IMX700 sensor, which serves as the main of the P40 line.

Rumors say that the Huawei P50 will be launched in four colors (Black, White, Blue and Beige), and may reach the market between May and June.

The Huawei P50 phone came in new renderings, where the user can get a sense of what the double circular module will look like more completely. Previously, the device had already been seen in drawings, showing the format of the location where the cameras will be housed, as well as details about the sensors to be added.

However, in the publication made by the pourer HoilNDI on Twitter, it is possible to have the answer regarding the number of cameras that will be present on the device, showing that the manufacturer will apply a triple set for captures, where there is more space for the sensor, which can be the ToF.

Like the P50 Pro Plus model, the circles of the photographic module will also be divided in two, so that among them is the nomenclature of the manufacturer of the main sensor, Leica, and the LED flash.

Ten days after the unveiling of the Huawei P50’s design, new schemes now reveal more details regarding the positioning of the cameras in the flagship confirming that, unlike expected, the manufacturer will implement four rear cameras, two in each circular region of the camera module.

As you can see below, the layout of a CAD file shows the set of cameras with a smaller size than the renderings leaked a few days ago, maintaining more common and traditional dimensions instead of taking up as much space on the back cover as we expected.

The file does not detail which lenses are used by Huawei or where the sensors are located, but we see the front panel with a screen with almost symmetrical edges, flat panel with no curves on the sides and centralized circular notch.

Expected in three models this year, the Huawei P50 is expected to be announced alongside the P50 Pro and P50 Pro Plus, with high-performance specifications including Kirin 9000E processor and the debut of the 50-inch 1-inch sensor, the largest ever used on a smartphone and that should represent a huge leap in photo and video.

The unveiling of the Huawei P50 line is expected to take place in mid-May.

A few days after the first concrete leak that revealed important details regarding the design of the powerful Huawei P50 Pro, with a huge set of rear cameras, now the leaker Steve Hemmerstoffer presents us another leak of the line, now of the base model, the Huawei P50.

As you can see in the images in the story, we see again the smartphone based on a CAD file model, but small changes compared to the P50 Pro.

Although it stands out in comparison to the rest of the back cover, it appears that the camera module of the Huawei P50 will be slightly smaller than that of the more powerful model, something that we saw happen with the iPhone 12 Pro and 12 Pro Max, which kept the same design, but the most powerful smartphone needed more space for new technologies. 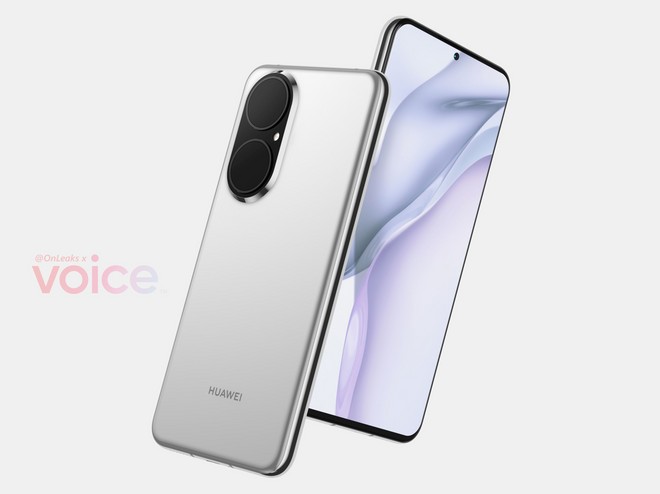 Hemmerstoffer has not yet revealed in detail how the cameras will be positioned within the suite. Although there are expectations for the use of only two sensors of very high performance, due to the representation seen in the renders, where we see two glass circles inside the camera module, it is not possible to say with certainty whether the company should focus on two sensors instead three or even four, but with another arrangement.

Regarding the rest of the design, we noticed that the P50 will be very similar to the more powerful brother, but with important changes such as the use of the flat screen, with 2D glass, without curves on the sides. 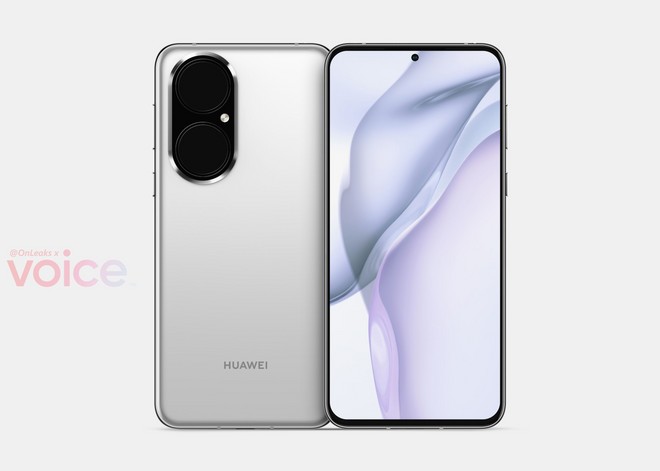 Huawei is expected to implement the 1-inch Sony IMX800 sensor on the P50 as well, offering high photo quality, with bright, sharper images and less noise in all lighting conditions.

Scheduled for launch in mid-April, more details regarding the P50 line are expected to emerge in the coming days.