AnTuTu has already announced which smartphones make up its list of the most powerful high-end devices in March in the Chinese market. The most recent ranking of the benchmark tool is marked by a major “change of seats”, as well as by the presence of Qualcomm’s Snapdragon 888 processor in all smartphones on the list.

Leading the March ranking is the recently presented Black Shark 4, the new gaming smartphone from Xiaomi, with 765,579 points, “dethroning” the iQOO 7, which had reached the first place during the months of January and February.

In second place, with 742,078 points, is the new OPPO Find X3 Pro, which SAPO TEK has already had the opportunity to try. Closing the “podium” comes another debut in the AnTuTu ranking: the Red Magic 6 Pro from Nubia, with 741,100 points, a smartphone designed with gaming in mind and which promises to raise the hardware bar to the next level.

Still in the world of gaming smartphones, the new ROG Phone 5 from Asus occupies the fourth position, with 729,300 points. Vivo X60 Pro +, which occupied the second place in the February ranking, went down to the fifth position, having a score of 726,216.

The Redmi K40 Pro, which was in third place on the list last month, now moves to seventh position in March, with 719,798. The last three places in the new ranking are occupied by Xiaomi’s Mi 11, which dropped from fourth to eighth position and now has a score of 710,581, and the latest models of the Chinese brand Meizu, with 710,459 and 698,611 points, respectively .

As for mid-range smartphones, the Top 10 is led again by the Redmi 10X 5G, with the Pro version occupying second place this month. Vivo S7t, which, like previous smartphones, also has the SoC Dimensity 820, closes the “podium” of March. 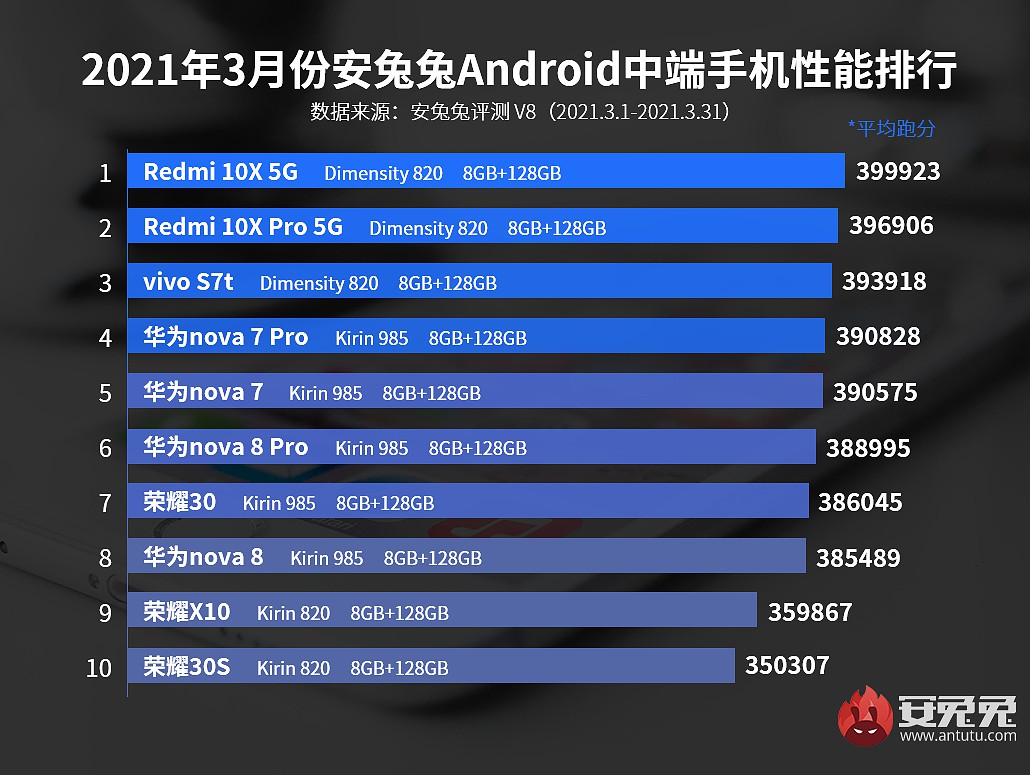